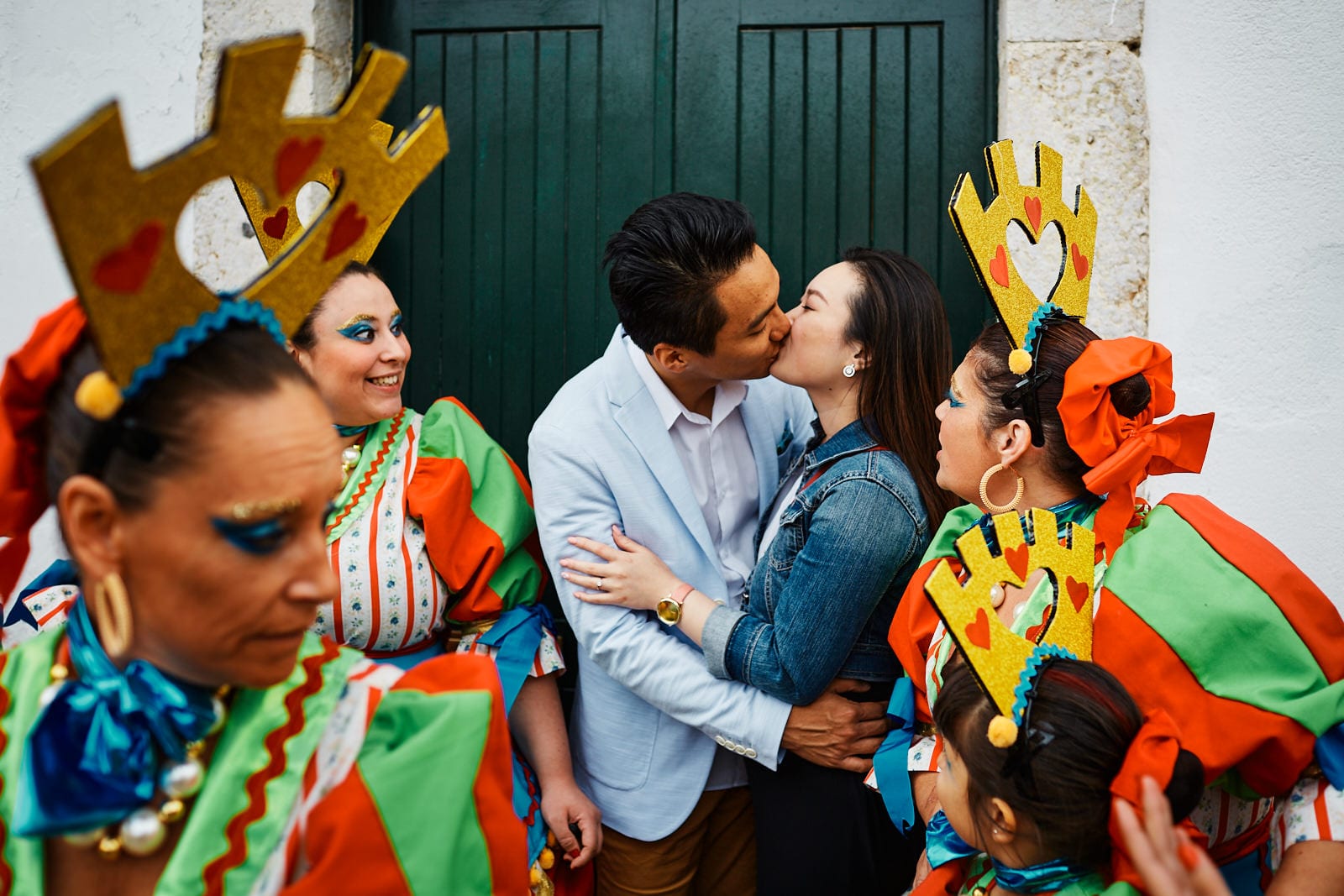 “Want to know how I proposed to your mother?

I wanted it to be epic, so when I found out I had to go to Lisbon for work I decided to fly your mother over for a long weekend and propose to her there. I had seen other pictures of a marriage proposal in Lisbon and it was magical! It felt it was the perfect place to pop the question.

I didn’t want her to suspect that I was proposing that weekend, so I even carried the ring with me everywhere I went. I wanted to be sure there was no chance she could find it in the hotel room. I hired a photographer in Lisbon (actually two!) and arranged everything with them in secret.

I had never been in Lisbon before, so they helped me chose the right spot inside Saint George’s Castle, on top of a hill overlooking the town and the river. They also made me a video with their phone showing me exactly how to get to the spot. We agreed that when we’d arrive they’d approach us with an excuse and ask if they could take a couple of pictures of us.

On the day of the marriage proposal I was nervous and excited. I wanted everything to be perfect. We got inside the castle and we saw that breathtaking view of the city. The photographers were there and everything went as planned. As they started to take photos – I kneeled down and told her a bunch of things (that neither of us can remember very well – but it was romantic I promise), I got the ring from my pocket and asked her if she’d marry me. She was surprised and shocked. I held my breath as I waited to hear the magical word – but finally, it was there: she said YES! She got emotional and tears were rolling down her face and I got emotional too. It was amazing – exactly as I wanted it to be… and more”

This is how I imagine David telling the story of his marriage proposal in Lisbon to his kids one day. We got to be part of such a big moment and milestone in their life. We got to register this moment, this story, that will be told the next generation.

And we feel incredibly honoured and lucky! 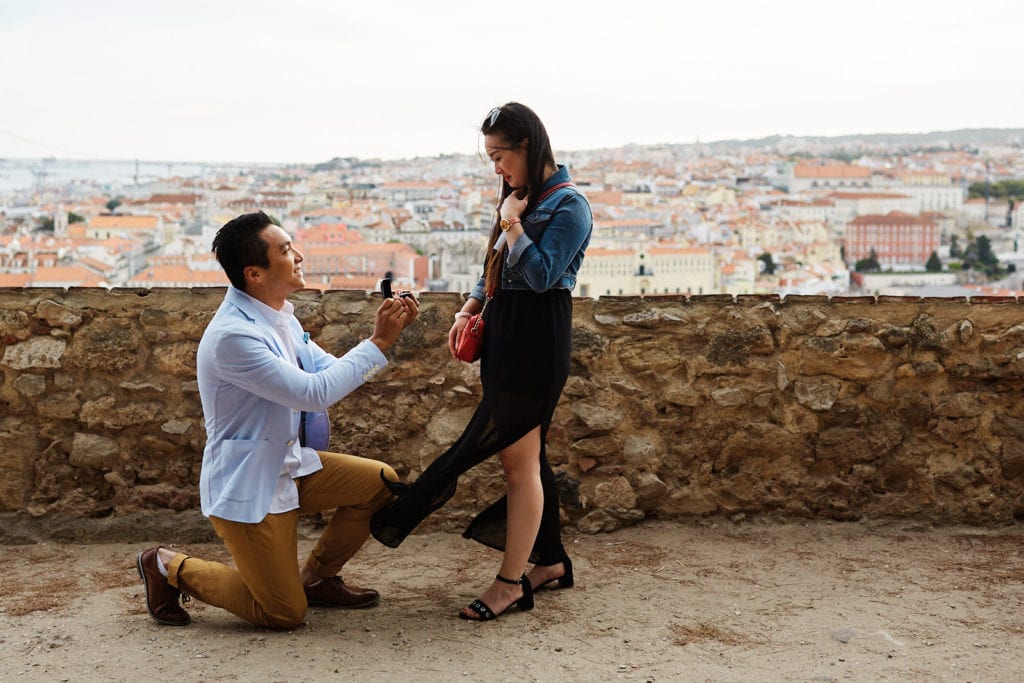 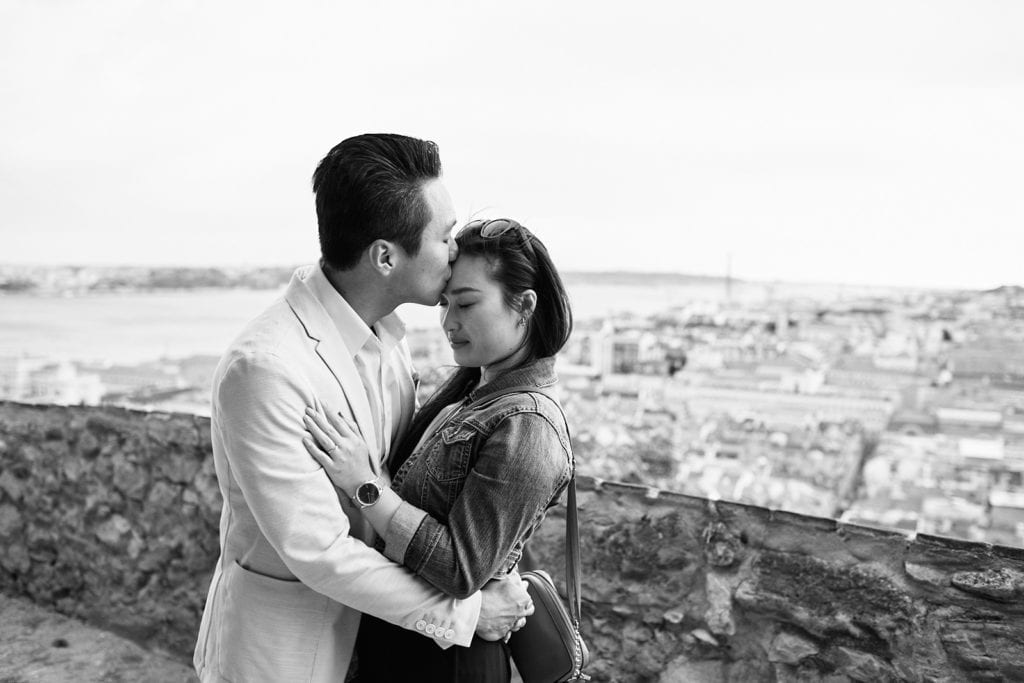 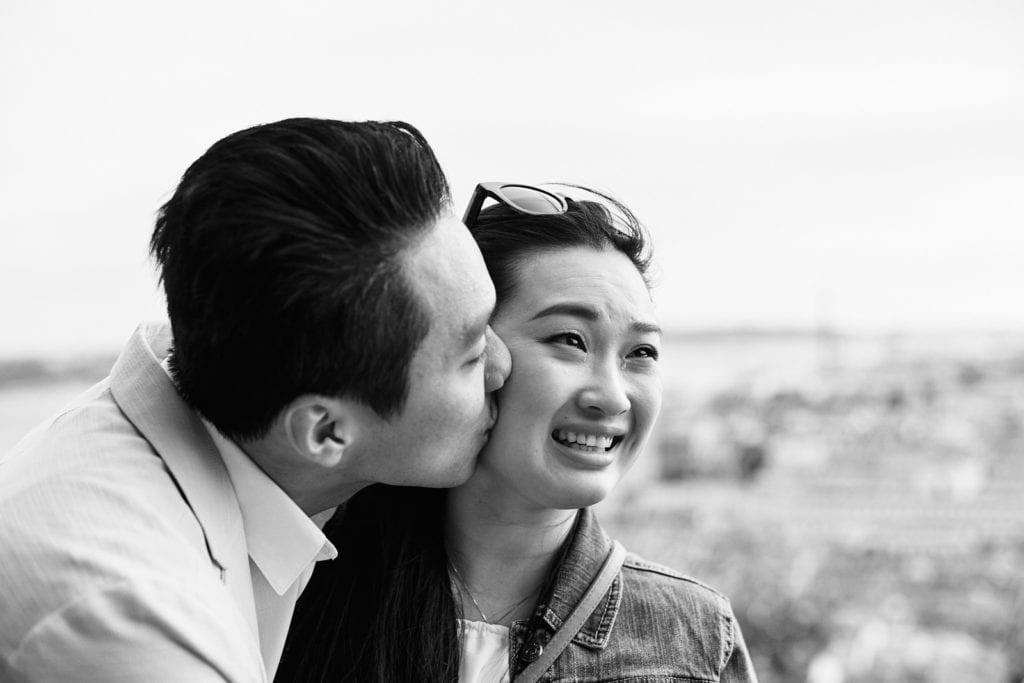 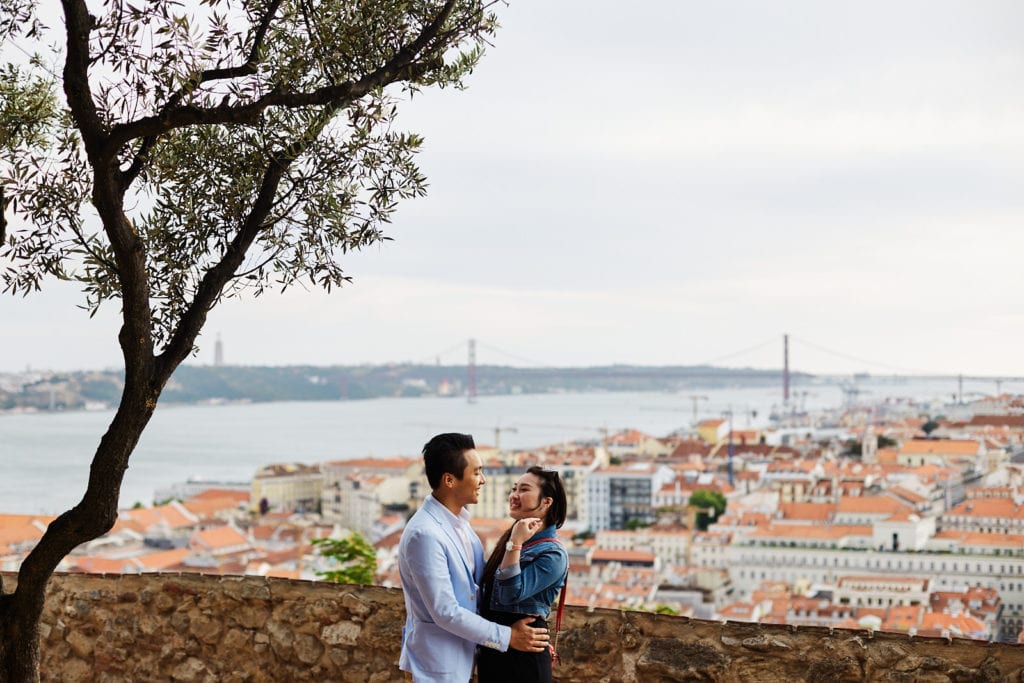 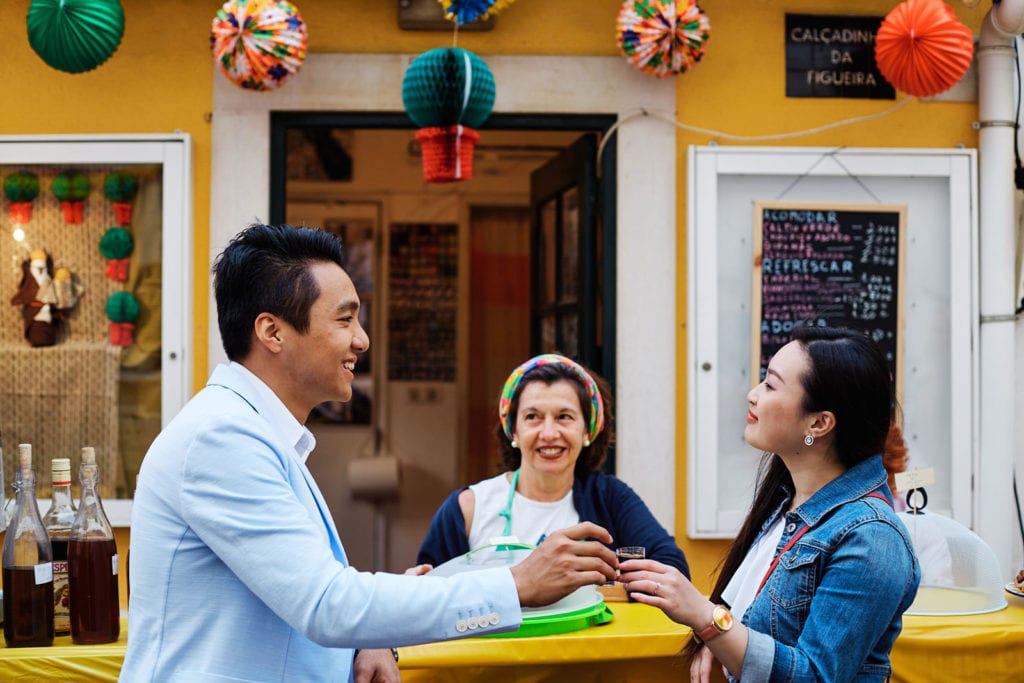 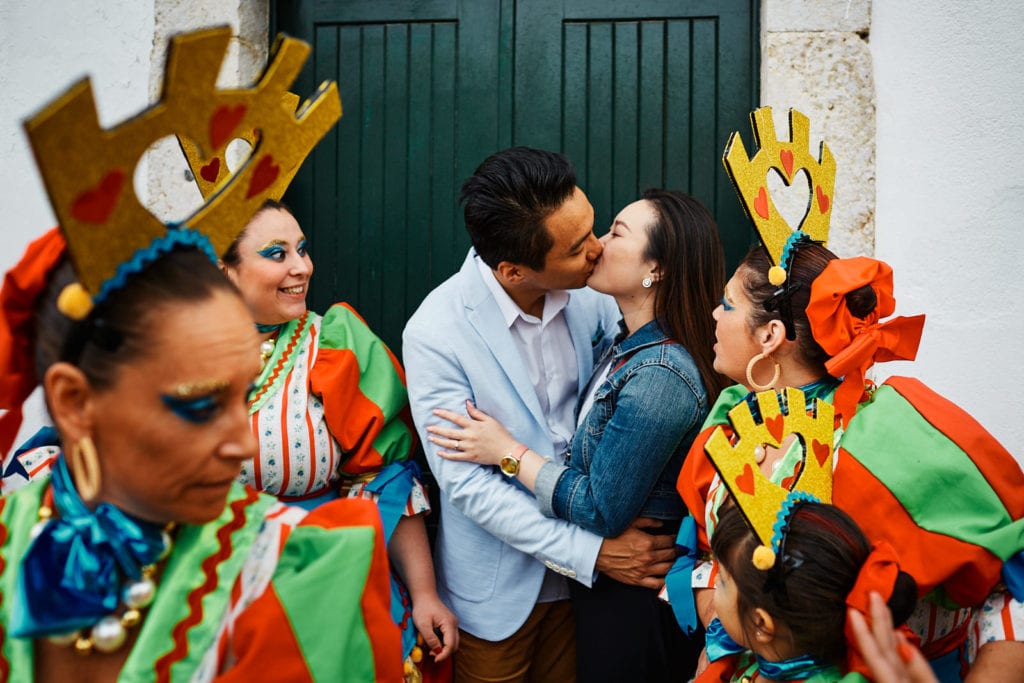 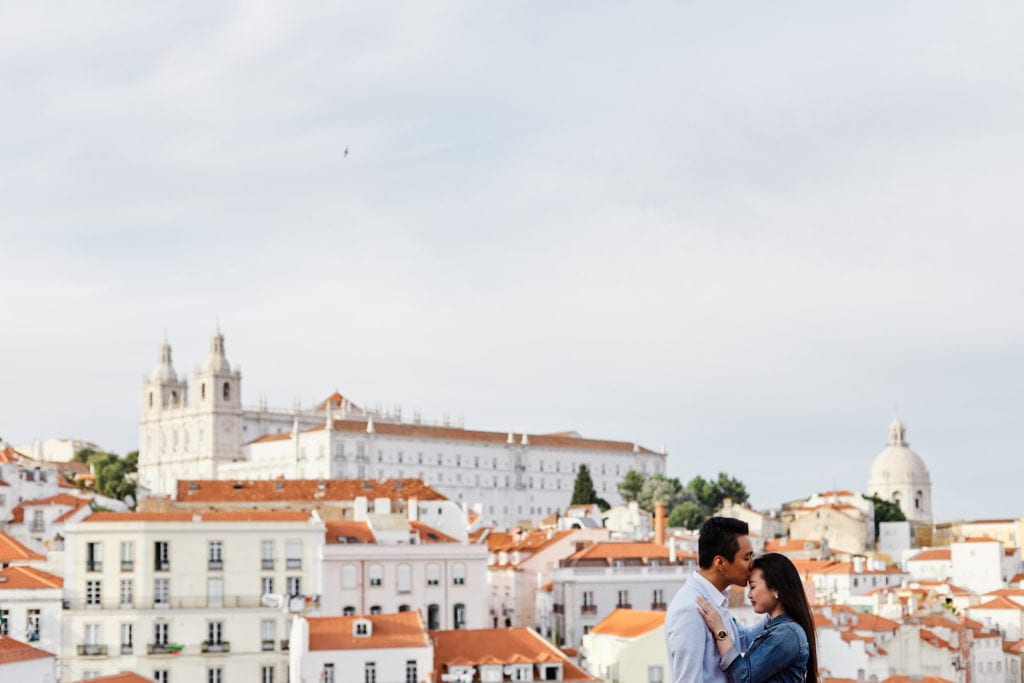 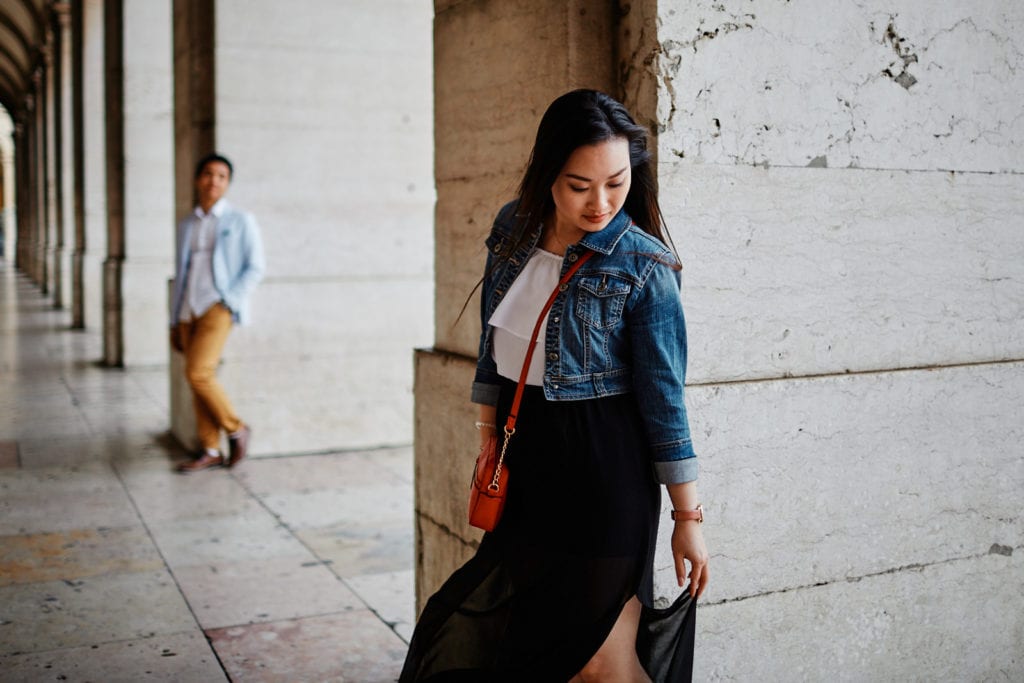 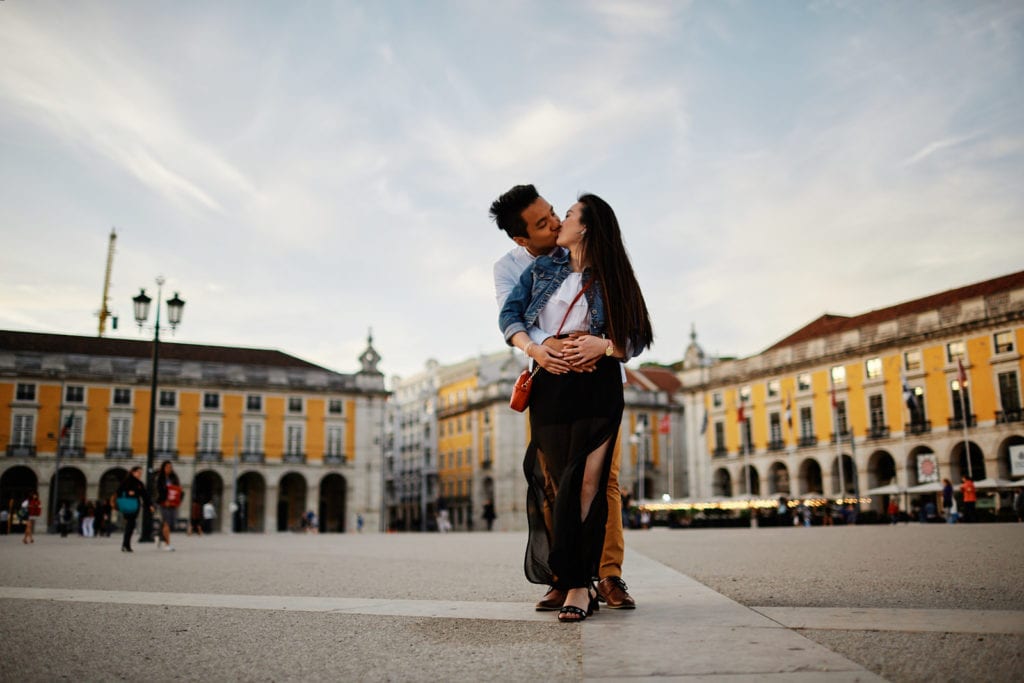 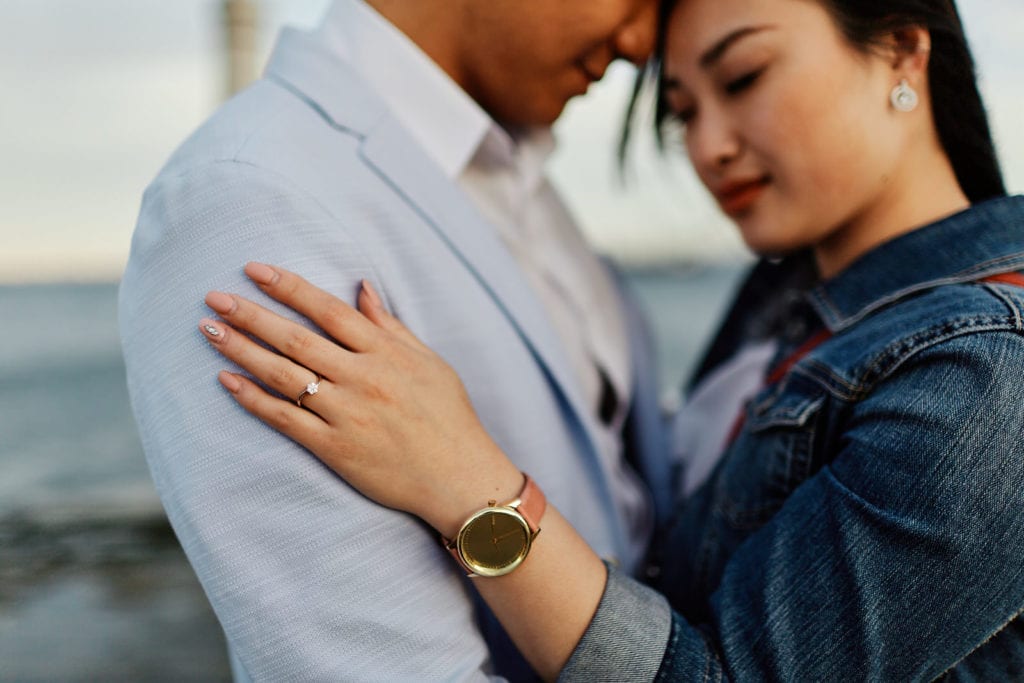 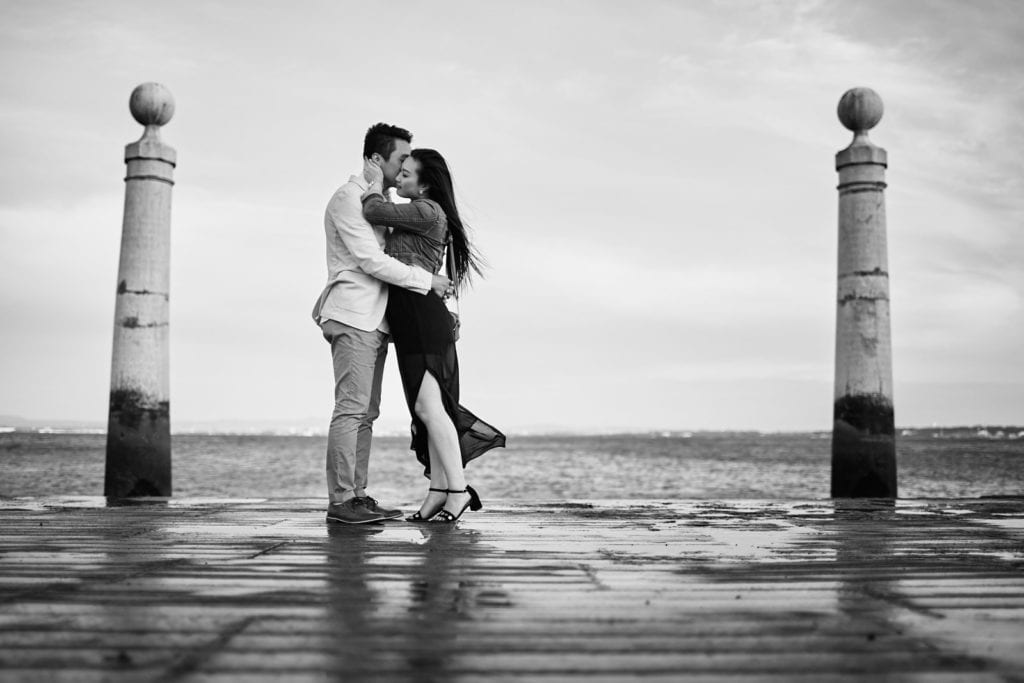 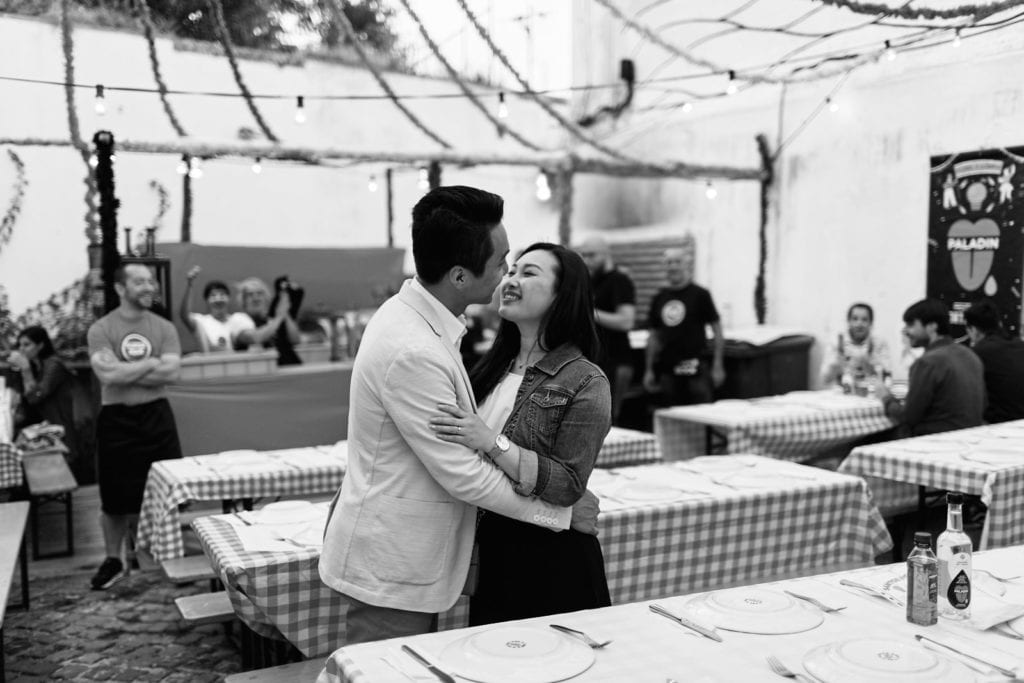 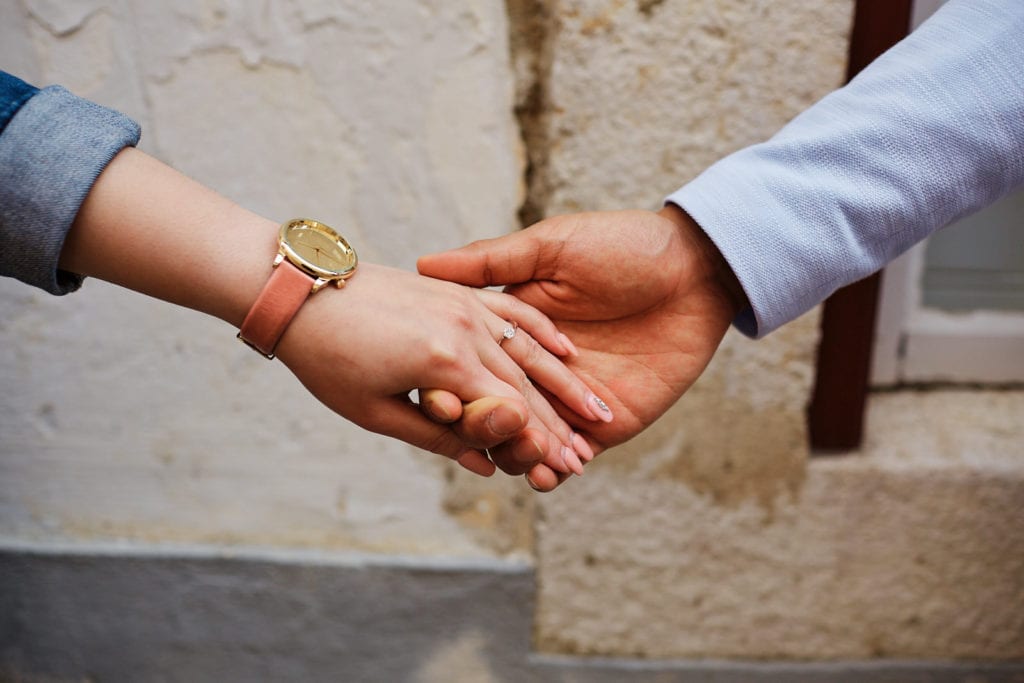 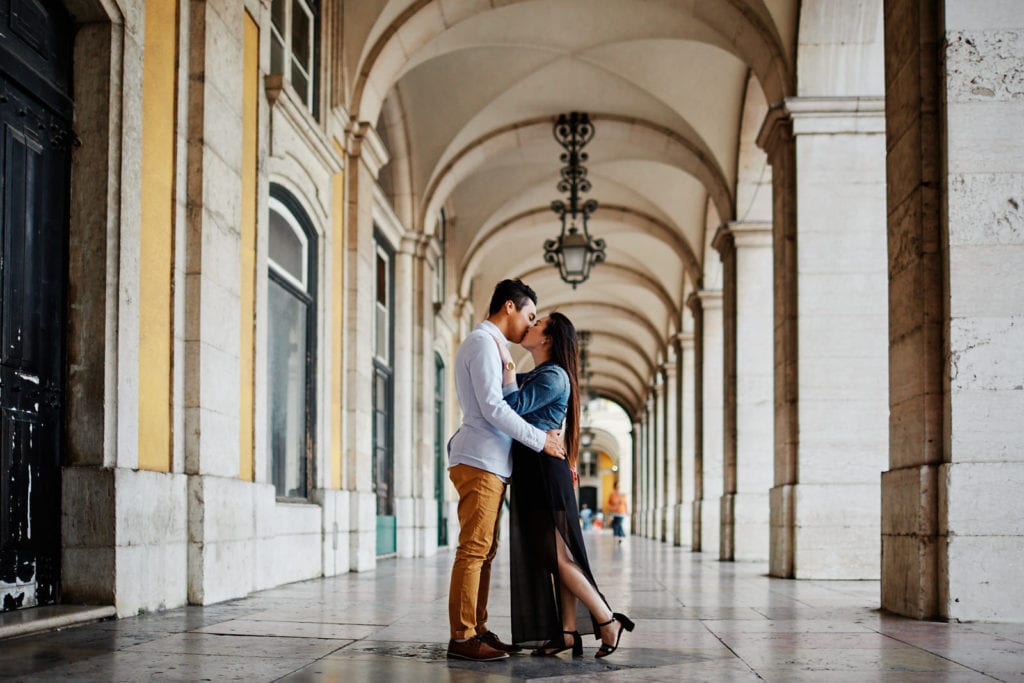 Contact us to make a booking or just to say hi!